This August the world will mark the 100th anniversary of the outbreak of the First World War. The war reached out and affected everyone’s life, changing it forever. Modern war resulted in previously unimagined losses. Over 9 million soldiers died and 21 million were wounded both physically and mentally. 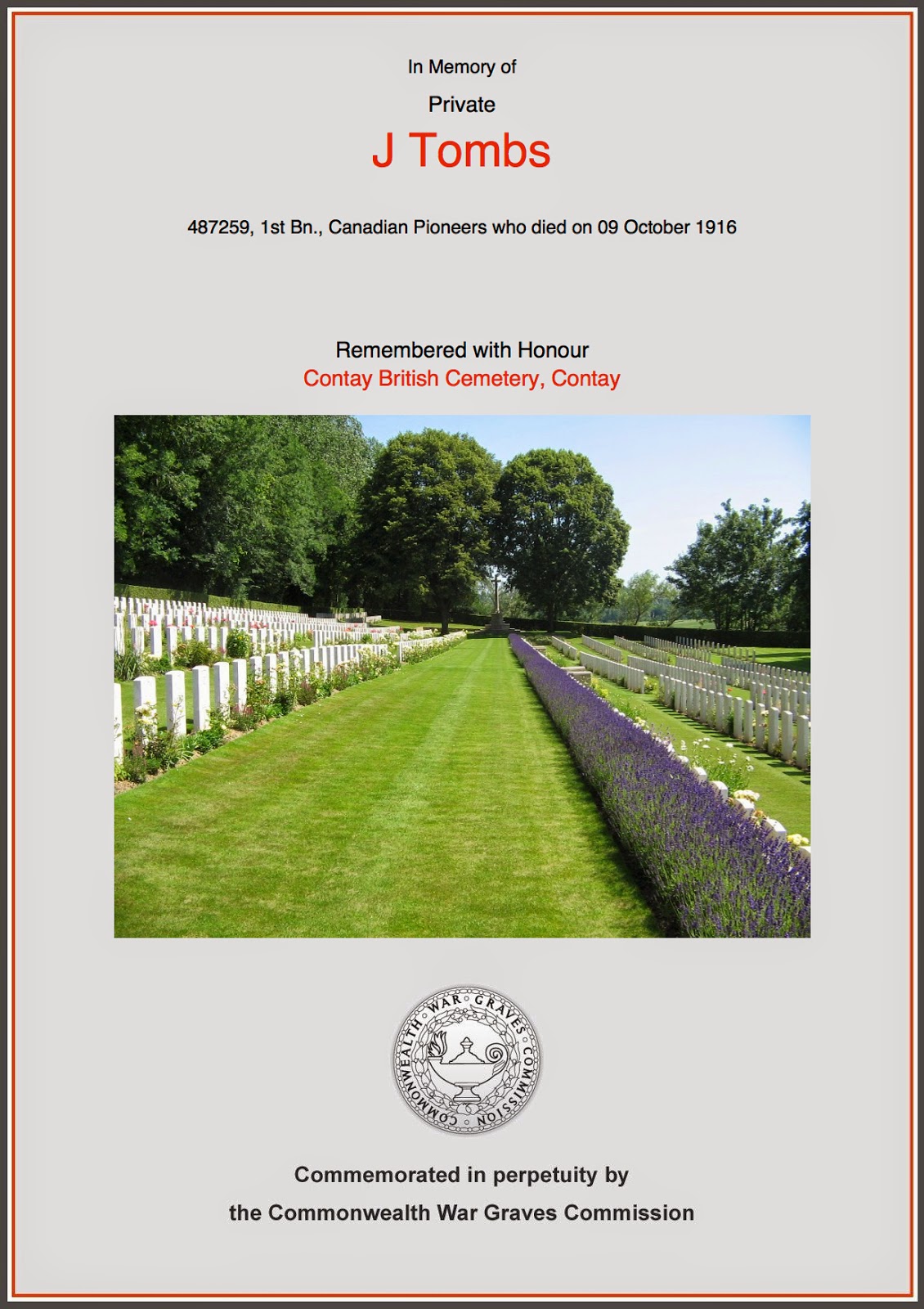 Although the war is slipping from living memories, it is so important that we do not forget those that died for us. Unfortunately, I do not have a photo, but my family remembers Jonathan Tombs. He is the twin brother of my great paternal grandfather, and was tragically killed aged just 39 during the battle of the Somme in the First World War. 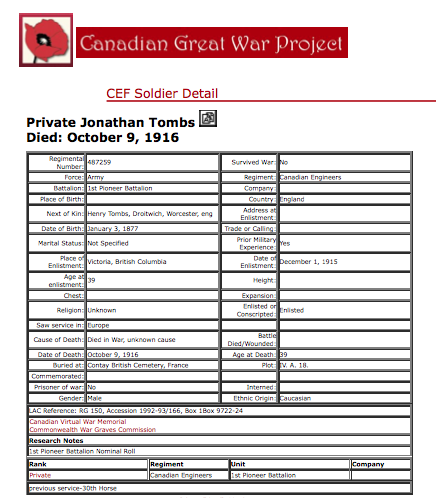 He was born on the family farm in Herefordshire, England, like many he emigrated to Canada. He was only in the war for 8 months before he was tragically shot. Jonathan Tombs is now buried in Contay British Cemetery with 1,132 other soldiers.