The story of festive mistletoe

Another of my favourite local plants that I use every Christmas time is mistletoe. It is an evergreen, parasitic plant that is smothered in white berries from winter to spring. It loves growing on the apple trees in Lulsley. Huge thanks to both our neighbouring farmer and Ian for collecting it. This beautiful plant will be featuring in my Christmas decoration collection this year at our open weekend, as usual.


Mistletoe (Viscum album) has many other names including the White Goddess or Allhealis. It gets its common name from the Old English misteltan and is held in great veneration when found on Oak trees.

It is considered sacred by the ancient Greeks and the Druids and very magical, giving good luck and fertility. Lovers kissing under it will have lasting happiness if the man takes a berry each time (no more kissing once berries all gone) and the mistletoe must be burned on twelfth night, or those who kissed would not be married!

When hung over doorways it protects the inhabitants from diseases, thunder, fire and lightening. Witches and werewolves are prevented from entering and it stops faeries swapping babies to changelings.

Although today we now that Mistletoe is highly toxic, the Druids believed it able to cure many illnesses. These included epilepsy and  infertility. 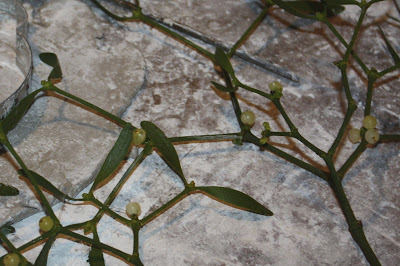 Another lovely reason why people kiss under the mistletoe at Christmas time is they believed that the Norse god Balder was killed by an evil spirit with an arrow made of mistletoe. Saddened by her son's death, Frigga wept tears of white berries, which brought Balder back to life. Frigga was so overjoyed that she blessed the plant and promised a kiss to all who passed beneath it.

I hope this is interesting. We love to include mistletoe every year in our festive foliage. I hope you like my mistletoe decorations.

Have a very Happy Christmas X

CENTENARY OF BATTLE OF SOMME

We joined in with the celebrations  to commemorate the 100 years anniversary of the Battle of the Somme. My great great uncle was one of the many many young men to die during this period of WWl. He very sadly died on 9th October 1916 near Thiepval and is buried in Contay British Cemetery.

The Somme Battle began in July 1916 and finished on the 18th November. This was a terrible waste of lives with over a million dead or injured during the 141 days of horror for a 15 mile front! The first day was a disaster  with  57,470 casualties mown down by thousands of machine guns and artillery fire, including 19,240 British soldiers dead.

Fighting was very important but crumbling trenches needed maintaining because of the chalky soil. Added dangers were barbed-wire,planes, tanks and chemicals with deadly poison gas. If the guns or artillery did not  get you, life in trenches was very grim. Personal hygiene was impossible and rats and lice prevalent. Decomposing corpses brought more many problems including flies and maggots. The cold and wet brought frostbite, trench foot and exposure. Diseases easily spread in these conditions.

We were very fortunate and visited Contay British Cemetery, Thiepval Memorial, Beaumont-Hamel Newfoundland Memorial​ and Canadian National Vimy Memorial​. I have made a Facebook photo album  and a You Tube video from my GoPro attached to my wheelchair (a Harvey invention called wheel cam!).

I learnt much about soldiers' life on our trip. Also a big part was to visit Jonathan’s grave and place my ceramic leaves on it. When Ian and Nigel visited Contay with their Morgan cars on their way home from their visit to Gheuvelt in 2014, Nigel brought me some Maple leaves back from the trees growing in the cemetery. Ian collected his leaf from the Plane trees gowing outside his work in Worcester College Yard by the Cathedral.

Thank you so much I have reached 300 on Pinterest! No where near as many followers as the serious bods. 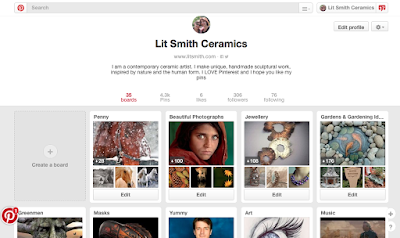 I have 35 boards. Mine is a real mixture of all my favourite interests including Sculptural, boards for my friends, Clothes, Masks, Yummy (good looking chaps for the ladies!). Here is my Greenmen Board.

In case you are a Pinterest virgin I should briefly explain my obsession. It is very easy to create an account. Pinterest is a social network. It is a way of visually collecting your favourite images and videos called pinning. These pins are then grouped in a common theme called a board  You can collect recipes, good ideas, DIY projects, clothing and quotes etc … As well as collecting your own ideas you can see other people’s ideas too. You can follow the boards of your new friends with similar interests. It is lovely seeing what makes all your old friends and relatives tick too. To view the latest pins from your boards that you follow just click the Pinterest P up by the search bar.

Last time I blogged about Pinterest was back in August 2013 when I only had a few boards and was just starting. You very quickly get more boards. Most of my boards are public and everyone can see but sometimes you want to keep things private so you can choose. If you have a project or interest with a friend or relative you can invite people to contribute. I have a few combined boards with my daughter Kate. She is also on Pinterest so if you would like to see her boards click here.

I hope you have as much fun as me X
Posted by Lit Smith at 04:31 No comments:

I love seeing the brief white carpet of flowers early each year. It is a real sign of things starting to warm-up. This edible plant is only here for a couple of weeks and loves partial shade. The plants on our farm love growing along ancient hedgerows.

Sweet violets (Viola ordata) are a fragrant native wild flower that creeps and hugs the ground with heart-shaped leaves. It also grows in Europe, Asia, Canada, the US and Australia. The flowers are white or blue-violet in colour. They make excellent food for the larvae of Lepidoptera  (moths and butterflies).

It has a very romantic history in folklore with the Greeks using it to make perfume and is a symbol of love and fertility, the Romans used it for brewing wine, as herbal remedies, in festivals, to sweeten food, the ancient Britons created cosmetics from violets and in medieval France it is a sign of deep love. 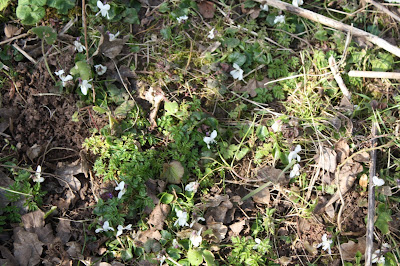 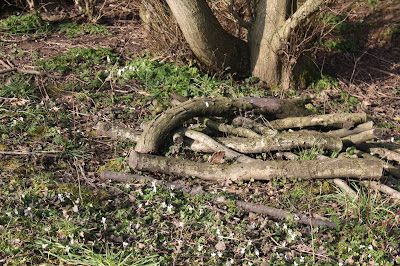 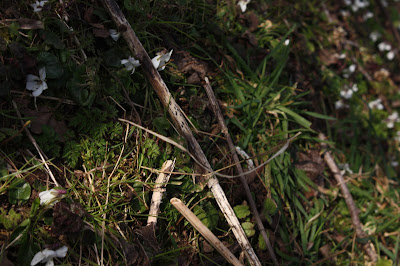 The flowers and leaves are edible and high in vitamin A and C. They can be cooked as greens or used in salads. Flowers can be made into jellies and are very pretty candied or frozen in ice-cubes.

Common names include sweet violet, English violet, Wood violet,  March violet and sweet pansy. I hope you like them as much as I do.

2015 was a great year and thank you all for supporting all our artistic ventures.

We have just had a brilliant Christmas h.Art weekend. A huge thanks to everyone who popped in. There is a Facebook album here and a selection of photos, below. The summer h.Art album is here. 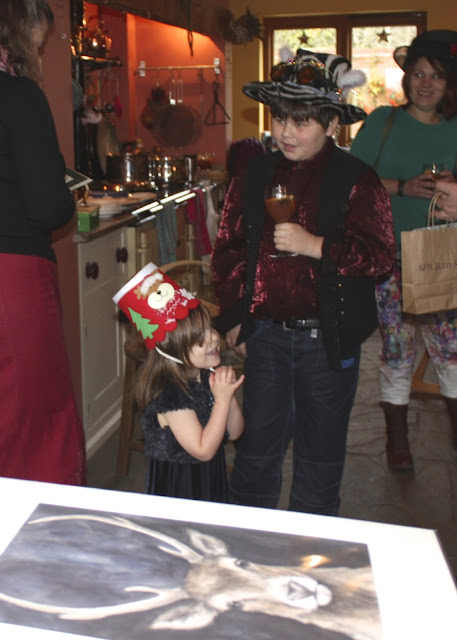 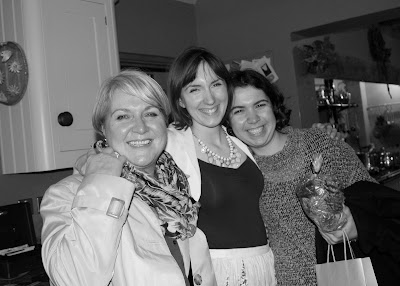 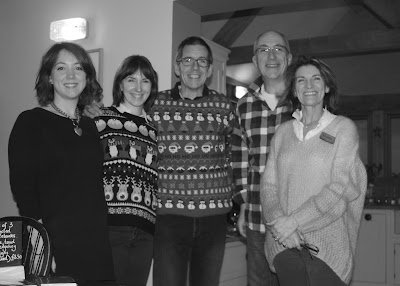 I was also lucky to be selected for Hidcote Manor Gardens sculpture trail.

Also still exhibiting at my favourite galleries including Cecelia Coleman, Gallery 54 and the Mews. So sorry the Arter had to close  : (. My work is always available from my Etsy shop.
Posted by Lit Smith at 14:13 No comments: